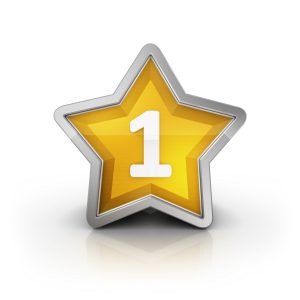 Legal 500 is one of the best independent legal guides to help to find specialist solicitors around the world.  Only a small percentage of law firms are recognised for their expertise in legal areas. This is why Barratts are so delighted to be ranked in Band 1 again this year for our personal injury and clinical negligence teams. The ranking this year is especially valued by Barratts because the geographical area is larger and covers all solicitors in the East Midlands who advise in medical negligence and accident litigation claims.

Since Barratts was established over 30 years ago, it has always been ranked top by Legal 500 and Chambers, the other specialist independent legal guide.  Legal 500 is based on interviews with clients, other lawyers and professionals. We have no say in the rankings, which depend on clients who have been helped by Barratts, other law firms including Defendant solicitors, and professionals; they are able to give an honest opinion about the quality of our legal advice and know best why Barratts remains in the top tier for clinical negligence and personal injury.  One comment sums up the unique service that Barratts provide to their injured clients:

‘The small but vastly experienced personal injury and clinical negligence team at Barratts continue to provide an exceptional level of personal service to the claimants they advise. Outcomes in catastrophic cases more than match any of the larger firms in the area and they are very well respected, not just in the Nottingham region but far beyond. The lawyers are attentive to individual clients needs and adapt to suit the person, which makes for a very strong relationship. As a team, they have the same exceptionally high ethical standards, but it their ability to apply the human touch to clients that sets them aside.’

Here are some of the other quotes from Legal 500:

Emma Zukowska was again named as a “Leading Individual” in Legal 500, which is a fantastic achievement and reflects her commitment to injured clients. For many years, Ed Myers has been in the Legal 500 “Hall of Fame” and is again recognised this year. The Hall of Fame is for very senior litigation solicitors and is testament to Ed’s contribution to personal injury clients for almost 40 years.

We must also recognise and thank our support staff at Barratts, who are the core of our law firm, and make it possible for us to offer injured clients the highest, personal level of service.

Click here if you would like to read more about Legal 500 and our entry this year: https://www.legal500.com/firms/235-barratts-solicitors/2510-nottingham-england/#section-111969

In 2018  Paul* contacted Alison Brooks to investigate a claim following the death of his wife, Mary*, in December 2017. She was only 64 years old and had died because of an undiagnosed Pulmonary Embolism (“PE”). This is when a blood clot develops in a pulmonary artery, often when the clot has started as a DVT in the leg. It is easily treatable because anti coagulants are given which break down the blood clot.

Paul knew about Legal 500, an independent legal guide which recommends lawyers in the UK , who are experts. Paul contacted Barratts Solicitors, because we are ranked in the top tier for clinical negligence claims, and asked Alison to help him investigate the death of his wife. He knew that he needed someone with experience to help, as the GP involved in Mary’s care, had denied that he had done anything wrong.

In October 2017, Mary had undergone foot surgery and was recovering from the operation but, on 1st December, she began to feel breathless. Paul called the GP surgery and Mary was seen by a doctor who carried out some tests. Despite noting that PE was a possibility, he decided that Mary probably had bronchitis, a condition she had previously suffered from, and prescribed antibiotics.

Mary continued to feel unwell but believed she would soon feel better with the antibiotics. Tragically, in the early hours of 3rd December, Mary collapsed from a huge Pulmonary Embolism. Paul was trained in First Aid and tried to resuscitate his wife, but it was too late, and nothing could be done to save Mary.

Paul wanted to ensure that the GP would not make the same mistake again, but the GP did not accept that his assessment of Mary had been negligent. Alison recognised that Paul was also suffering because of the traumatic circumstances of Mary’s death and might be able to claim compensation for his psychiatric illness. This is called a “secondary victim” award and can be hard to prove in medical cases because of restrictions in the law, which limit who can make a claim.

Paul was also suffering financially as he had his own health problems and relied on Mary to look after him. A claim for the support, that Mary would have provided to Paul, was made, as well as an award for her pain and suffering and funeral costs. When someone dies, the Government also sets a fixed amount for bereavement damages. This was £12,890 under the Fatal Accidents Act 1976 for deaths before 1 May 2020.

A claim was issued against the GP who saw Mary on 1st December. We argued that the Defendant:

The Defendant argued that he did not refer Mary to hospital because she had refused to go in for treatment. A small note in the GP records stated:

The Defendant tried to rely on this entry, but we believed that a Court would not have accepted this defence because:

The Defence agreed that Mary would have survived if admitted to hospital any time on 1st December. This meant the case would succeed if we could show the GP had not provided a reasonable standard of care.

The GP continued to defend the case but we proposed a settlement meeting in 2021 and were able to settle the case with very little deduction for the risk of losing the case at Trial. This indicated that the Defendant’s advisers probably took a similar view to us about the case.

This has been a very difficult few years for Paul. He will never forget Mary; they were married for 18 years. Paul was disappointed that the GP never admitted any fault for Mary’s death, but he has recovered from his own psychiatric illness and has a new partner. Paul agreed to share this story as he wanted to highlight the risks of DVTs and Pulmonary Embolisms for others, in the hope that someone else recognises the signs and can be treated before it is too late.

*Please note that the clients’ names have been anonymised.

The Care Quality Commission have downgraded Nottingham Maternity Services to “inadequate” following an unannounced inspection at the Queens Medical Centre and Nottingham City Hospital.  The inspection concluded that some staff  “did not always understand how to keep women and babies safe“.  Many of the problems arose due to staffing shortages or lack of training.  The Hospital Trust have subsequently confirmed that they are recruiting extra midwives. END_OF_DOCUMENT_TOKEN_TO_BE_REPLACED

Julie Hardy, a clinical negligence specialist, was contacted by the family of Marie Henson, a diabetic patient. Marie was only 53 years old when she died from diabetic complications which were missed in the Newark Urgent Care Centre. Her family spoke of their loss and told local newspapers that their “wonderful mother should still be here”. END_OF_DOCUMENT_TOKEN_TO_BE_REPLACED 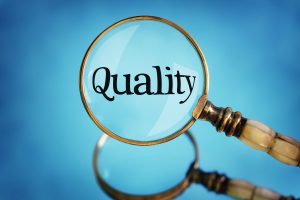 It has been a record breaking year for us here at Barratts. Our Personal Injury and Clinical Negligence lawyers have recovered compensation of nearly £86,000,000 on behalf of our clients. We feel this is a remarkable achievement for a firm which has only 6 litigation solicitors. END_OF_DOCUMENT_TOKEN_TO_BE_REPLACED

Chambers is a highly reputable independent legal guide which ranks firms all over the world. In Nottinghamshire we are proud to be named as one of only 2 firms recognised for Personal Injury and Clinical Negligence claims. Barratts only has senior expert lawyers to handle this extremely complex area of law which means clients have a dedicated, specialist lawyer to advise throughout their compensation claim . This is vital for clients facing one of the most traumatic times of their lives coping with brain injury, spinal injury, cerebral palsy and fatalities.

Our partners have again all been individually recognised for their expertise which is an amazing achievement. Here is what Chambers reported:

Sources praise department head Ed Myers for delivering an “excellent service.” He is an experienced practitioner in brain and spinal injury claims, as well as representing clients in CICA cases.

David Tomlinson is recognised as “a go-to person for top-value claims.” He is noted for acting in highly complex claims involving catastrophic injuries resulting from RTAs.

Julie Hardy is “outstandingly personable, an extremely good communicator, very tenacious and a delightful person all round,” according to interviewees. Hardy demonstrates expertise in fatal incidents relating to mental health and negligent care cases, as well as high-value birth injury and surgical negligence matters. She is valued by clients for being “passionate about reaching the right outcome,” with one source adding: “She made it very easy to get through the case and had my best interests at heart at all times.”

Thanks go to all our hardworking staff who make it possible for us to support our clients coping with traumatic injuries. We also recognise the extraordinary clients we have met over many decades who not only cope with adversity but manage to overcome appalling circumstances. Compensation does help to rebuild lives by putting therapy, care and treatment in place. We are a small piece of that puzzle but making a real difference is what keeps our lawyers fighting for injured clients.

Legal 500 is an independent guide of law firms all over the world and recognsied as a benchmark for quality. Each year law firms are judged on their work by asking what their clients and other professionals think of them. Barratts Solicitors has consistently been ranked top for claimant personal injury and clinical negligence work. We know how important the views of our clients are which is why we never take our top ranking for granted. We can only stay at number one with an expert team of lawyers and dedicated staff to provide top quality advice every year. 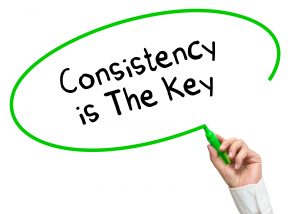 Barratts always wanted to stand out from the crowd, putting client needs 1st and offering a very personal service from a small niche firm. We are delighted that our client approach continues to be recognised by Legal 500 whose staff spend many hours ensuring only the best lawyers are named in their top tier. Many firms apply to be ranked but few are named and even less come top every year. Making a real difference to the lives of our injured clients is paramount. It is a privilege to help seriously injured clients maximise their quality of life and reach their potential, working with families during litigation and after compensation has been awarded.