Birth brain injury is often caused by hypoxia and, in Max’s case, he suffered cerebral palsy as a result. Max’s parents felt that his brain injury was caused by medical negligence so they contacted us to enquire about their options. We helped them to ensure their child will be financially secure for life. 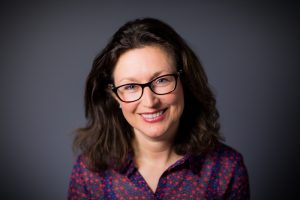 Julie Hardy reports on a successful outcome for her client who was diagnosed with cerebral palsy:

I acted for Max, who has cerebral palsy after his family asked me to see if there was a clinical negligence claim for him. I know what a difference compensation can make to a client with severe disability. Once I read the medical notes, I was concerned there were delays delivering Max and also resuscitating him after he was born.

When Max’s mum went into hospital she had a monitor, called a CTG, to check the baby’s heart rate. I instructed experts who stated that if the monitor had been properly checked, the medical staff would have realised Max was struggling. They did not do this, so by the time Max was eventually delivered he was in very poor condition and needed to be resuscitated.

Max had experienced hypoxia (lack of oxygen) due to the cord being around his neck. He needed urgent resuscitation but this was delayed and caused a longer period of time when Max’s brain was not receiving an adequate supply of oxygen.

After Max was resuscitated and moved to the Neonatal Unit, it became clear that he had probably suffered brain damage. Apgar scores are used to monitor how well a baby is after delivery. The scores for Max’s foetal wellbeing were low. His blood results, taken from the umbilical cord, showed acidosis. This happens when the blood does not have enough oxygen and indicated that Max was very ill. He was diagnosed with hypoxic ischaemic encephalitis – this is a medical way of saying there has been an injury to a newborn baby’s brain, due to lack of oxygen and blood flow.

Max was transferred to another hospital where he could undergo cooling therapy with the hope that this would reduce the extent of his birth brain injury.

By the age of 2 Max had been diagnosed with dyskinetic cerebral palsy with abnormal tone in all four limbs.

Some of my clients cannot move their limbs with any control and cannot easily communicate. Fortunately Max’s injury was relatively mild in comparison; although his physical development was delayed, Max gained the ability to walk but needs walking aids when outside his house. He requires some assistance with feeding, dressing and personal care but luckily can do quite a bit for himself.

Max’s brain injury has led to some cognitive impairment so he cannot keep up with everything that his peers can do. However, he is able to attend a mainstream school, he enjoys an active social life and has a keen sense of humour.

To bring a compensation claim, I arranged for Max to be examined by a number of different experts. The Hospital Trust agreed there were delays and the negligent medical care had caused Max’s cerebral palsy. I was then able to concentrate on valuing the claim for Max.

The next step was to  identify the extent of Max’s  injury and his needs for the future. This was important as I needed to calculate how much it would cost to look after and support Max during his lifetime.

I could not quantify the claim immediately for Max. I needed to wait until Max was at least 8 years of age so that the full extent of his medical needs and future requirements could be established. Once this could be determined, I asked experts to see Max to assess his therapy and medical needs, schooling, housing adaptions, equipment and care needs. This included how Max’s needs would change as he got older.

I was so happy for Max and his family when all the evidence was received and it was possible to agree a settlement with the Defendant hospital trust. The case was ready for trial because sometimes a settlement cannot be agreed. However, a few months before the case was due to go to trial, I met with the Defendants. We agreed damages which would mean Max was secure for the future. This settlement had to be approved by the Court because Max was under 18 years old.

The total value of the compensation claim exceeded £11.5 million.  Max is receiving this in 2 ways;

After a case settles the compensation will help to pay for the adapted accommodation that Max needs together with all of the specialist equipment and therapy he would require throughout his life.

The periodical payments provide financial security and ensure that Max will have sufficient funding to pay for the specialist care he requires.

“I should note the very considerable efforts of Julie Hardy. With her usual calm focus she has navigated both the claim and the family through the stresses which are inevitable in litigation of this magnitude. That we have secured a settlement that is at the highest end of the possible range is testament to her attention to detail in instructing the best experts and marshalling the evidence”.

It was a great result for the family and I was delighted to be able to help them.

If you would like to know more about the work we do for families who want to claim for cerebral palsy or another birth brain injury, please call or send us an email.

Serious injury guide and Ed Hudson. Ed sustained serious injuries, a C4 fracture of his spinal cord, in a road traffic accident in February 2018. He originally instructed another firm of solicitors but then interviewed a number of leading personal injury law firms and picked Barratts.

Asbestosis claims are complex so Larry contacted the Association of Personal Injury Lawyers (APIL) for advice. They recommended Barratts so Larry engaged us to help with his claim.

Our client, Trevor, received a diagnosis of Pleural Plaques in 2012 and asked if we could help with his industrial disease claim.  Barratts had been recommended to him by his respiratory physician who suggested he should investigate a claim for compensation. Trevor had a history of working with asbestos throughout his working life as a […]

Adam was a freight-checker in a distribution depot. His job involved checking lorry loads of materials before they were despatched, to be stored in the warehouse. On the day of the accident, an unstable load weighing in excess of 1 tonne slid off a lorry. The load crushed Adam and caused him a traumatic brain […]

Barratts was recommended to Mick when suffered serious and life-threatening injuries after he was hit in a drunk driver accident. He initially contacted an extremely experienced personal injury lawyer in Manchester who was unable to take on Mick’s case. However, the lawyer advised Mick to contact us.

Violent assault can leave victims with life-changing injuries. Tragically, Gary experienced this for himself. He contacted our solicitors in early 2017 after he had suffered a brain injury during an assault. One of our previous clients, who had also sustained serious brain injuries in an assault, recommended us to him.

Birth brain injury is often caused by hypoxia and, in Max’s case, he suffered cerebral palsy as a result. Max’s parents felt that his brain injury was caused by medical negligence so they contacted us to enquire about their options. We helped them to ensure their child will be financially secure for life. Julie Hardy […]